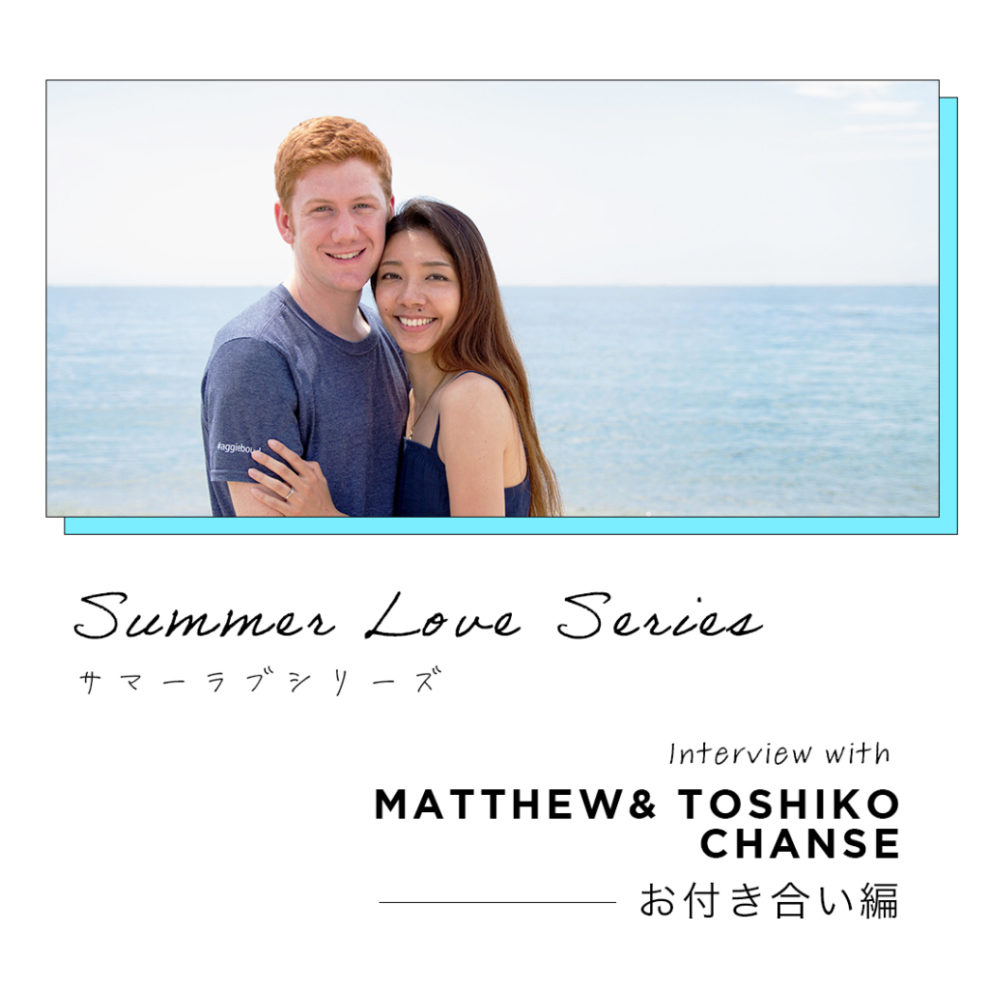 Well, I’m wrapping up the ”Summer Love” series with the last interview.

This time, I sit down with Matthew and Toshiko, another international couple. 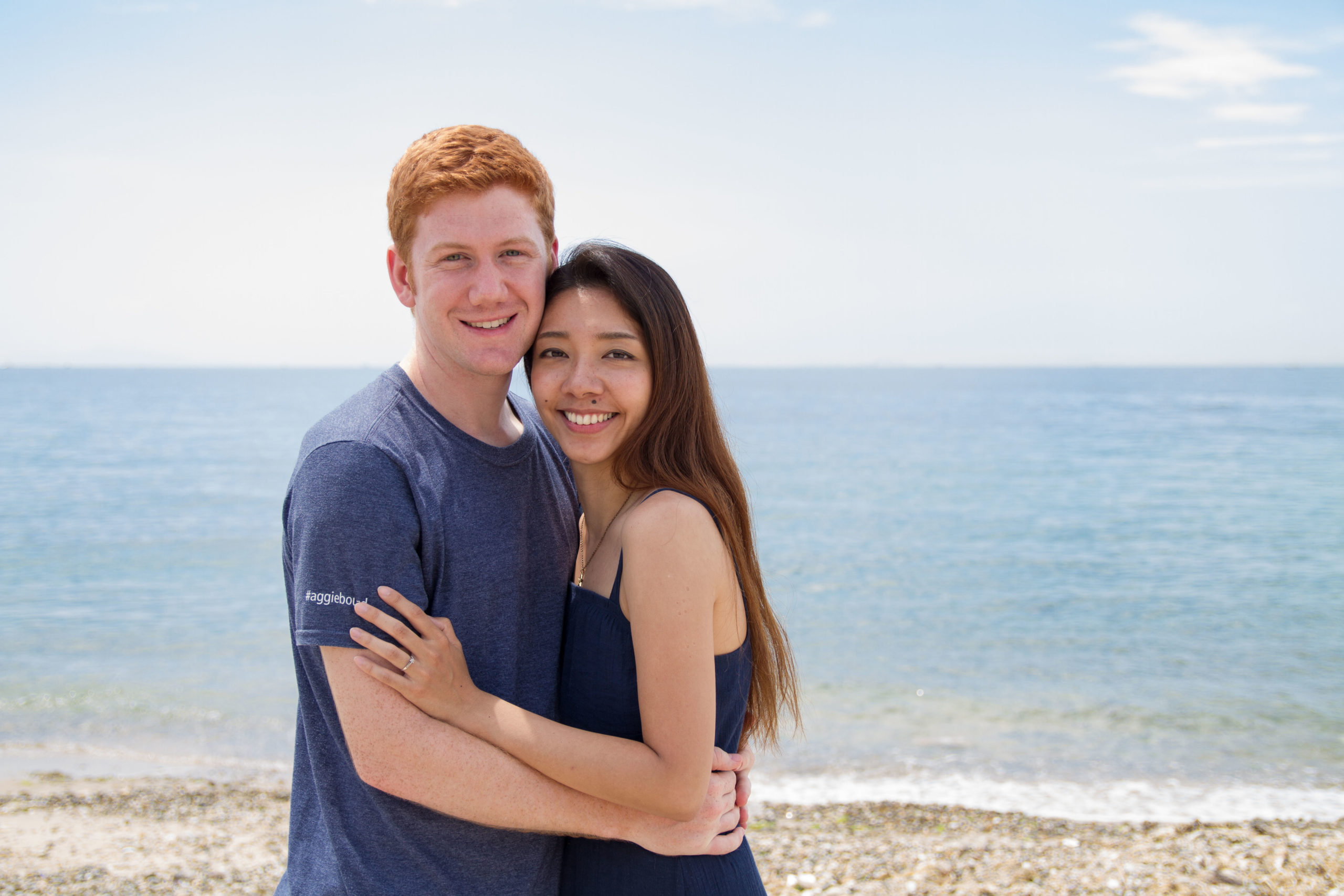 Be sure to read on till the end!

:We met at Lifehouse! My first impression of Matthew was that he was just a crazy foreigner! Haha.

After all, he came to Japan despite having no home, no job, and no friends here!

Plus, since he wasn’t that great at Japanese, when we first met, I felt he’d be less of a close friend and more of a friend I wouldn’t really talk to much!

: Gotcha. That’s definitely a crazy thing to do! Haha.

: I was into Toshiko so I really hit the books for studying Japanese! I couldn’t speak Japanese and she couldn’t speak English, so that made conversation difficult. But it was a blast talking to her!

While she was serving at church one day, I was serving as part of the security team. I was watching over the room she was in, but it also gave me the chance to invite her to coffee.

: Wait, what! Haha. All you had to push you forward was your passion, eh?

Hearing how you had the courage to invite her, language differences and all, is inspiring!!

: Yeah, it was so hard for us. Haha. But, after sitting down and talking over coffee, I thought, ”What an interesting American guy! It says a lot that he came all the way to Japan for God.” We talked about a lot, got to know each other, and from there, we started dating!

: I see!!! Coffee time’s a good way to get to know each other! It was a big success!

So when you decided to start dating, how did the convo lead up to that? Did being an international couple come up?

: We talked about our vision for the future! At that time, I was already out in the working world, so I wanted to help others who were at that same stage of life!

”From dependence on others, to a life of freedom and forgiveness.”

That’s what I wanted to see take place in Japan, in this church.

I wanted to know if he and I were headed in the same direction!

: I wanted to keep living in Japan, wanted to have a family here, and keep serving at church! Because Toshiko felt the same way, I was free to talk openly with her about these things.

: What a wonderful vision, Toshiko! I’m glad you could talk openly about so much, too, Matthew!

So, what did you guys pay close attention to while dating?

My emotions always fluctuated depending on how much love they showed me.

So we tended to tire each other out and things just never went well. But that changed when I put God first!

Only after receiving God’s love, was I able to express that love to my partner.

:Hm, I see. So it’s all about putting God first! Great stuff!

: We thought seriously about marriage while we dated!

I’d dated other people before, but honestly, marriage wasn’t on my mind. But after meeting Toshiko, I thought about if she was the right person God had prepared for me.

: I gotcha! The more you thought about things seriously, the more she meant to you!

Wow, so even with the language barrier, you managed to meet halfway and grow with each other until you started dating. That’s such a blessing to hear! I wanna speak English fluently, too!

That’s all for today, folks! Next time, I’ll be interviewing them about their marriage life.  Look forward to the next interview!

** You can ask me questions online every week

・ I wanna hear positive messages.
・I’d like to study English with bilingual content.
・ I wanna join an online community.

We hold
English service Sundays at 9:30AM (Japanese subtitles)
//Bilingual service at 11:30AM
// Japanese service (English subtitles) at 3PM.

You can see service broadcast live or archived.

If you have any questions, please drop a comment or send us a message