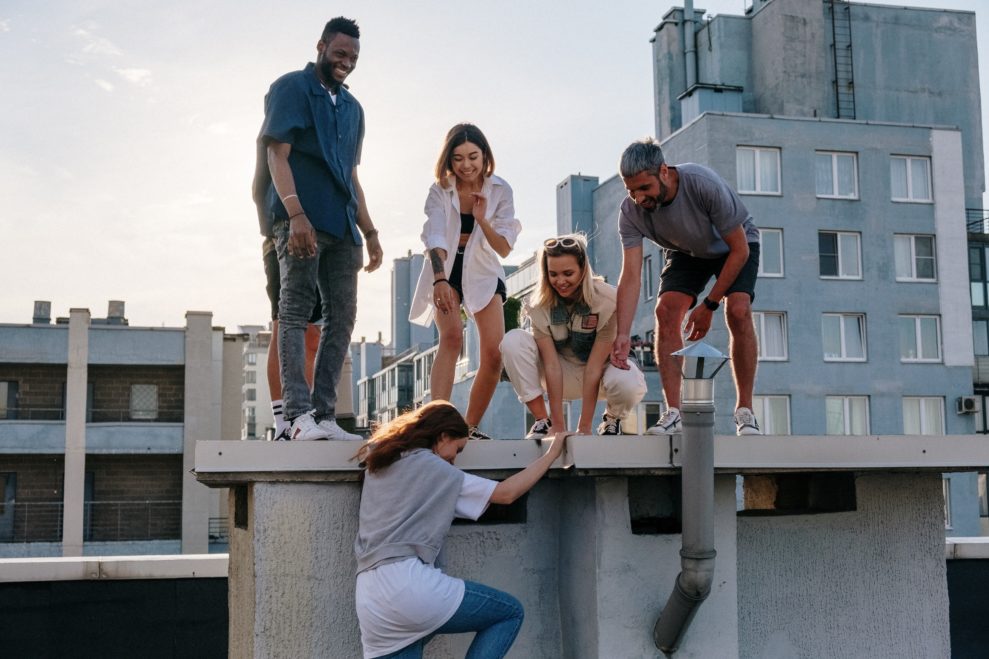 After that, he poured water into a basin and began to wash his disciples’ feet, drying them with the towel that was wrapped around him.
John 13:5

So when you read this story, who do you think it’s describing?

Well, if you happen to not have read the story before, you might be surprised to learn that this is actually Jesus!

This is what it looks like to truly be a “Peacemaker”!

Can you imagine someone telling Jesus, the almighty God, to get down on his knees and wash their feet?! No, of course not! That’d be ridiculous! No one could ever be in a position to tell Jesus to do anything of the sort, yet that is precisely what he chose to do!

At the time, the disciples were often arguing among themselves as to which of them was the “greatest.”

Jesus was well aware of all this, yet he still chose to wash their feet! By this simple act, Jesus, the one in the highest position, assumed the lowest position, and swiftly put an end to the disciples’ petty squabbles over pecking order.

As he finished drying their feet, he instructed them to “do (for others) what I have done for you.” He implored them to become humble servants as he had, and in so doing, work to bring peace and order to the many conflicts all over the world that tear men apart from each other.

I want to treat others with the same great love and spirit of service that Jesus demonstrated. How about you?

Together, as disciples of Jesus Christ, let’s go out into the world and work to serve our fellow man!

Maybe there’s someone in your life right now for whom you could perform an act of service. Even one simple action has the power to kill off the weeds of violence and resentment that choke the world and replace them with seeds of peace.

Again, as the supreme Lord of the universe, no one was about to ask Jesus to wash their feet, but he did it anyway! If he could do that, I don’t really think we have an excuse not to serve the people around us! But because of Jesus, we can do so with a glad heart!

After that, he poured water into a basin and began to wash his disciples’ feet, drying them with the towel that was wrapped around him.
John 13:5